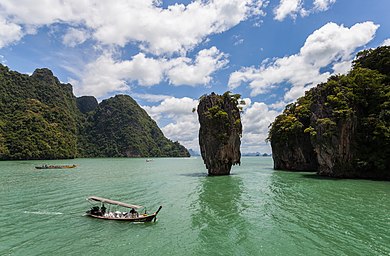 The only uncolonized nation in Southeast Asia (not counting nations formed after World War II), Thailand has a rich and colorful culture and history. It reflects the multiple mixed cultures in the region, but has a unique flavor of modernization all its own. Here are the top destinations in Thailand you don’t want to miss!

Bangkok, the capital city of Thailand, is home to the Thai royal family and to the majority of large industries in the nation. As a result, Bangkok itself is a charming mixture of historical buildings, large temples, sprawling malls, and markets both night and day. Unless you have a specific destination in mind, you can easily step out of your hotel and wander around, finding something new at every street corner!

Top places to visit in Bangkok:

Ayutthaya was a former capital of the Kingdom of Siam (now Thailand), the second capital of that kingdom starting in the 1300s. In 1767, the invading Burmese forces damaged it so badly its inhabitants evacuated and the city was never rebuilt. Today, its remaining structures and temples are a source of awe and beauty for locals and internationals alike. One of the most fascinating details about Ayutthaya was how advanced it was in terms of military defenses, a zoning system for each city sector, and a hydraulic system of running water.

Top places to visit in Ayutthaya:

If World War II historical sites are your thing, you can’t miss visiting Kanchanaburi. Around 81 miles from Bangkok, this sprawling province is most famous for the Death Railway Bridge. It was built by the Japanese occupiers during World War II, using Thai, Chinese, and other Asian-origin laborers. There are so many things to do or see. You could even take the train to or from Bangkok for a long and leisurely ride in the countryside. Be warned, though: the trains are almost always late, so try not to take this trip too close to an urgent appointment (such as your plane ride home).

Top places to visit in Kanchanaburi:

Thailand is mostly land-locked, but the beaches it does have are beautiful. Trang is a limestone shore and white sand beach. Most importantly, it is just modern enough for convenience, but not as frequented as the other beach fronts. Besides the beaches, Trang is known for its historical multiculturalism. You can visit a Buddhist temple, a Christian church, and a Chinese shrine all in 1 day. You can actually travel the city in 1 day, but for a more leisurely time, take 2 or 3 days and then the slow train back to Bangkok.

Top places to visit in Trang:

Chiang Mai was founded in the 13th century and is the largest city in the north of Thailand. You can trek or scooter up the mountains to see the temples, visit museums in the city itself, or go farther afield to visit some of the indigenous tribes. For the animal lovers, there are also parks and safaris you can join, especially those with elephants. Chiang Mai is certainly a tourist destination, but the city has done an excellent job of preserving its history and culture so that each visitor can experience it to the fullest. 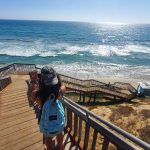 Previous Story
5 things to pack for a tropical beach